A.C.E (에이스) is a Korean boy group consisting of 5 members: Donghun, Chan, Byeongkwan, Wow and Jun (in order of picture above).
They are under Beat Interactive and debuted on May 23, 2017.
A.C.E stands for Adventure Calling Emotions.

Stage Name | Donghun (동훈)
Birth Name | Lee Donghun (이동훈)
Position | Main Vocalist, Oldest
Birthday | February 28, 1993
Zodiac Sign | Pisces
Height | 176 cm (5’9″)
Weight | 58 kg (127 lbs)
Blood Type | A
​
Donghun Facts
> He was born in Gyeonggi-do, South Korea
> Donghun has a brother
> His mom received the grand prize on a program called ‘Dojeon Jubu Gayo Star,’ which inspired him to become a singer too
> In university, before going to the army, Donghun made it to the TOP 10 in Superstar K5
> He was in a group called Plan B
> Donghun appeared on “I Can See Your Voice 4” on Episode 4 (GOT7) and won the episode
> He danced as a back dancer for Hi.Ni – clutch bag. He also appeared in its MV
> Wow, Jun and Donghun, were in Kdrama called “Persevere, Goo Hae Ra”. As idols in a group called IMPACT
> Donghun was in 2014 tvN’s “I Need Romance” and on “Age of Youth 2”
> He had a collaboration with Jang Won Ki for the song “Tonight”
> Donghun also appeared in ABC Mart CF
> His hobby is watching movies alone, he likes to watch romantic movies
> Favorite color was purple
> Donghun said that he has the saddest voice and eyes in the group
> Donghun was a vocal trainer for middle schoolers when he was in college
> Donghun’s closest celebrity friend is actor Kim Min Jae
> Donghun ended MIXNINE on rank 8

Stage Name | Wow
Birth Name | Kim Sehyoon (김세윤)
Position | Main Dancer, Main Rapper, Vocalist, Visual
Birthday | May 15, 1993
Zodiac Sign | Taurus
Height | 176 cm (5’9″)
Weight | 60 kg (132 lbs)
Blood Type | A​
Wow Facts
He was born in Jeolla-do, South Korea <
Wow has a younger sister, Kim Eun Suh (former SIXTEEN contestant and also a contestant in Idol School) <
He attended Plug In Music Academy (a.k.a Seungri Academy) before he entered YG <
At 19, he auditioned in front of CEO Yang Hyun Suk and became a YG trainee, but he left after 1 year <
He dances for Timon Youn Choreography / Hug Me – Crush with Minjae + Timon Youn <
He appears in Lia Kim’s Sing Choreography, along with Jun <
In 2014, he danced as a back dancer for Hi.Ni – clutch bag. He also appeared in its MV <
Wow, Jun and Donghun, were in Kdrama called “Persevere, Goo Hae Ra”. As idols in a group called IMPACT <
He appeared on “Age of Youth 2” along with the other A.C.E members <
Wow is the girl group dancer in the group <
The members said that he has the most muscular legs <
Wow is good friend with BM from K.A.R.D <
Wow forgets dances fast <
Wow ended MIXNINE on rank 11 <
He took part in writing the lyrics of “Take Me Higher” <​

Stage Name | Jun (준)
Birth Name | Park Junhee (박준희)
Position | Leader, Lead Vocalist, Lead Dancer
Birthday | June 02, 1994
Zodiac Sign | Gemini
Height | 175 cm (5’9″)
Weight | 58 kg (127 lbs)
Blood Type | 0​
Jun Facts
> Jun was born in Suncheon, in South Jeolla Province, South Korea
> Jun watched Rain’s Rainism in middle school, which inspired him to be a singer. He found a music academy and started to learn about music
> He moved to Seoul in order to follow his music career when he was 19
> Jun had 3 sisters (but one of his sister passed away, the other 2 remaining sisters are older than him)
> Jun was a Jellyfish Entertainment trainee
> Jun was a trainee for 7 years and during that period he almost debuted 3 times
> He appears in Lia Kim’s Sing Choreography, along with Wow
> He acted in the musical “Peste”, along with Boyfriend’s Jeongmin
> He participated in “I Can See Your Voice 4” on Episode 7 (H.O.T)
> He had a cameo appearance in “I Need Romance 3”, “Meloholic” (ep 2), “Age of Youth 2”
> Wow, Jun and Donghun, were in Kdrama called “Persevere, Goo Hae Ra”. As idols in a group called IMPACT
> Jun can play the guitar and the piano
> Jun’s closest celebrity friend is actor Kim Min Jae
> All of the members think that Jun is the least funniest in the group and he agreed
> Jun ranked 21st on ‘The Unit’

Stage Name | Kim Byeongkwan (formerly known as Jason)
| Birth Name | Kim Byeongkwan (김병관)
Position | Main Dancer, Lead Vocalist, Rapper
Birthday | August 13, 1996
Zodiac Sign | Leo
Height | 174 cm (5’8.5″)
Weight | 57 kg (125 lbs)
Blood Type | A​
Kim Byeongkwan Facts
He was born in Seoul, South Korea <
He has a brother <
In May 2018 it was announced that changed his stage name from Jason to his real name Byeongkwan <
He was inspired to become a singer after watching Rain’s Rainism <
He told his father the next day and immediately enrolled him into a dance academy <
Jason was in the same team with iKon’s Junhoe in Kpop Star <
After he came out from Hanlim Multi Art School, he participated to different auditions but kept getting eliminated in the 3rd round <
In 2014, he won the JYP’s 11th audition stage and trained in JYP until sometime in 2015 <
He trained under JYP along his bandmate Chan <
He was a member of a dance team called “Urban Boyz” <
He said that he has the lightest skin among the members <
He said he often wears lenses but his natural eyes color is bright brown <
He said he’s the laziest member in A.C.E <
He lived in Canada for 8 months when he was in the 5th grade <
He is close with Got7’s Yugyeom. They learned dance together in middle school before Yugyeom got into JYP <
He is also close with ASTRO Jinjin since High School <
He appeared on “Age of Youth 2” along with the other A.C.E members <
He can speak English <
He was #9 on Visual Male Rank List in MIXNINE ranked & chosen by Knetz <
He ended MIXNINE on rank 4 <​

Stage Name | Chan (찬)
Birth Name | Kang Yuchan (강유찬)
Position | Main Vocalist, Maknae
Birthday | December 31, 1997
Zodiac Sign | Capricorn
Height | 177 cm (5’10”)
Weight | 59 kg (130 lbs)
Blood Type | 0
​
Chan Facts
> He was born in Jeju, South Korea.
> Chan has 2 brothers
> Education: Dong-Ah Institute of Media and Arts
> Although his parents had a record store, Chan did not want to become a singer at first
> After entering high school, he enrolled in a dance club
> Chan was in JYP for 6 months with Jason
> He was part of dance team called Alive87
> Both Chan and Jason trained together under JYP Entertainment
> They said Chan is the happiest member
> Chan once cried while training with Donghun and Jason
> Chan appeared on Sixth Sense Hit Show
> Chan appeared in Twice’s Like Ooh Ahh MV, as a zombie with Stray Kids’ Chan
> Chan was a MC for EBS2 tv Ginga Minga Aha Show
> He appeared on “Age of Youth 2” along with the other A.C.E members
> He appeared on the drama “Marry Me Now” as a high school student
> Chan ranked 9th on ‘The Unit’
> Chan had his debut with UNB on April 7, 2018
> On August 6th 2018, Chan was involved in a minor car accident
Last edited: 5 April 2021
Expand signature
A.C.E - DAY6 - KARD - DONGKIZ - DREAMCATCHER - BLITZERS - MCND - ONF - PLT
​
Reactions: Juniverse, Yili, Pigeon and 12 others

*Chan back with A.C.E / UNB disbands*

Music Video
1. I Feel So Lucky 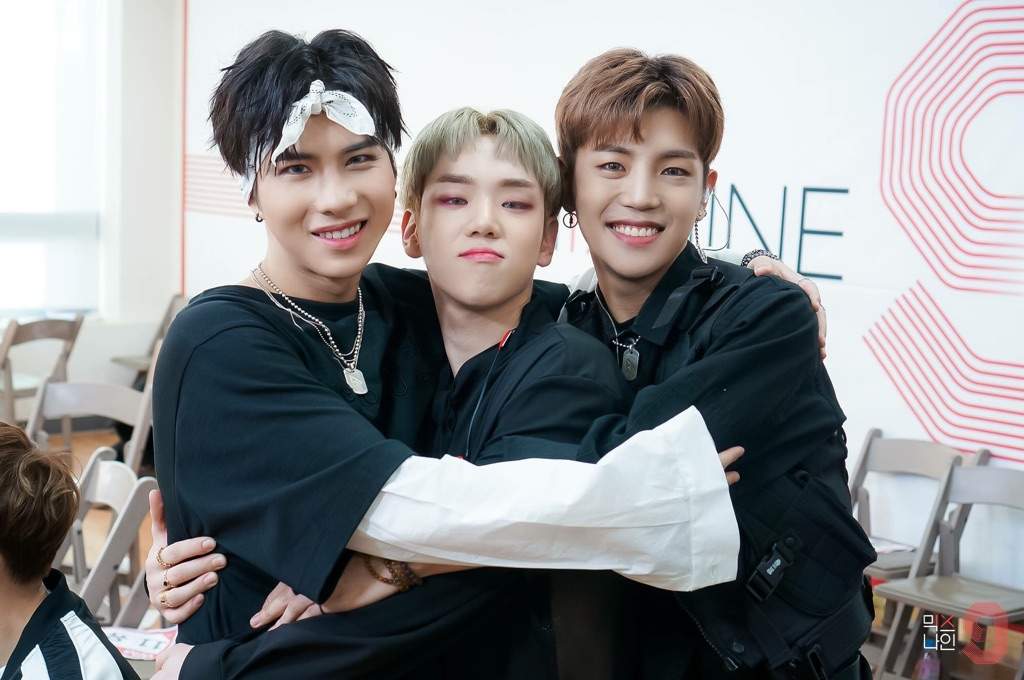 3 members of A.C.E were sent to MixNine.
Wow - Byeongkwan - Donghun

The Auditioning Process
For each audition YG visited the group's building and went to the practice room.
After they all introduced each other A.C.E began the performances they prepared for their audition.

Making a great impression, all 3 of them rated "A".
Donghun was put in the "debut bus" though.
A bus were trainees/idols were put that YG thought were most likely to debut.
Wow & Byeongkwan were put in a normal bus.

Throughout the show Byeongkwan stayed in the top 9. His lowest rank was #6 and highest #4.
His final rank was #4, meaning he would've got to debut.

Donghun had it a bit rougher. The first few ranks for him were between #23 to #15. But his last rank was #8 meaning he would've gotten to debut as well.

Wow had the hardest time. As he was put in the C category. His first rank was around #50. Fortunately his sexy choreo for the first performance was well received and he jumped up to #20. Ending his ranking on #11, very close to the top 9, sadly not high enough to debut. 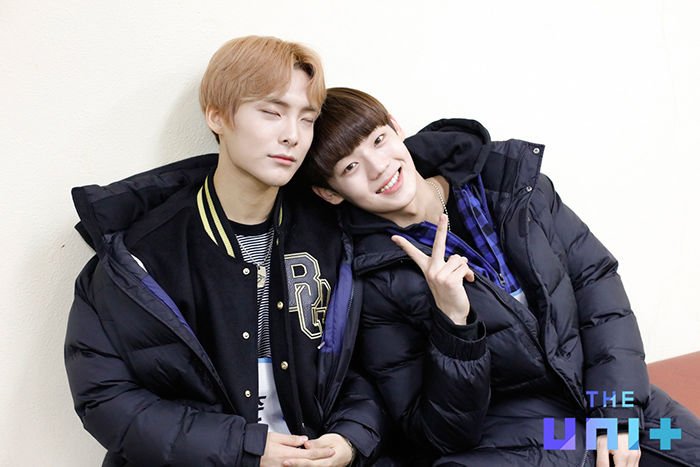 The Audition Process
After introducing themselves to the judges, they performed their prepared stage.
After the stages the judges either ask you to perform again or you will be graded right after.
The grading are "boots".
You can get 1 boot from a judge and you are through, you can get 6 boots from the judges and are through.
You can also get 0 boots meaning you would be out of the competition.
Obviously others would think, the higher the boots the better you are.
You could also get a "Super Boot", during performances the audience watching are voting for you as well.
If you are captivating the audience you will easily get a Super Boot meaning you won't be graded by the judges, you are automatically in the next round.

After going through and awaiting for the audition process to finish, they are immediately receiving their first task.
Create a group to learn The Unit's title song 'My Turn'
Both Jun & Chan were in the 'Black Team' with Jun being the leader of it.

They had a bit of free time where they were called to perform on their own infront of everybody and get points for their performance, a little fun battle between the participants.

Jun had it rough. Altho he made it relatively far, he didn't have much screentime on and off stage performances.

His last rank was #21. Sadly not making it into the finale.

Chan altho he rose up slowly took the final #9 spot making it into the final group as Main Vocal in the finale.


Continuing from this onto the finale

waiting patiently for this thread to be done.
Expand signature
『my body's not an object or dessert, I am not your bitch』ashnikko - little boy 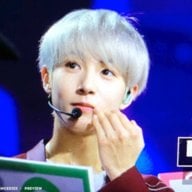 Thread is finished for now :pepecheer:
Click to expand...

☾ ✵ ✯ Signature by @Jimin ☾ ✵ ✯
☾ ✵ ✯Lover of Seventeen,and All Things kind. Your Guardian Always In Your Heart~ LeeriaYa ✯ ✵ ☽​
Reactions: Sui, Icy68446, Yolks and 3 others
You must log in or register to reply here.