Big Bang is often credited with:​

Before: GD started his career as child singer and dancer in group Little Roo'Ra at age 6. After disbandment of Little Roo'Ra he became SM trainee for couple years focusing on dance. He became interested of rapping and songwriting, and featured as korea's youngest rapper at the time on People Crew's album in 2001 when he was 13.

Joining Big Bang: GD got recommend to Yang Hyun-suk by Jinusean's Sean and entered in trainee contract. Originally he was supposed to debut with Taeyang as hip hop duo GDYB and while training they made several features as duo and even released singles. However YG ent ended up scrapping the duo in favor of making boy group BIGBANG, which at the time didn't make GD who didn't want to be in boy group happiest.

"What we should really fear is not failure, but the heart that is no longer brave enough to take risks and embrace challenges"

Joining Big Bang: Taeyang auditioned to appear on Jinusean's music video A-yo as six grader and passed. Due to opportunity he met Yang Hyun-suk and convinced him to led him audition as singer, which he also ended up passing and became trainee at YG. He met GD at company and was supposed to become hip hop duo with him until plan was scrapped in order to make Big Bang instead.

"Big Bang is who made me who i am today. With them I laught the most, and i feel I can achieve things."​

Before: T.O.P was interested of hip hop since small child, and during middle school he used to meet and rap together with his neighbour friend Kwon Ji-yong (later on G-Dragon). As teenager he performed as undeground rapper with name Tempo.

Joining Big Bang: T.O.P was contacted his childhood friend G-Dragon about YG entertainment scouting for members for boy group and GD wanting T.O.P to audition. They recorded demos together that they sent to company and T.O.P also auditioned- only to be rejected for being too chubby and not fitting the image of idol. After succesful weight loss of 20kgs, T.O.P auditioned again and became trainee.

"To be in Big Bang.. I don't think being a Big Bang has a definition yet. It's something that's unfinished"

Joining Big Bang: Despite his parent's disapproval Daesung wanted to sing and become singer. He was encouraged by his high school teacher who saw potential in him. He eventually auditioned to become trainee on YG ent in open audition and passed, joining in reality show Big Bang the Beginning.

"People express their feelings through crying or anger. We, Big Bang, express it through music"​

Before Big Bang: Seungri was leader of dance team in his hometown as a kid which led him appearing as contestant in Shinhwa's reality tv show Let's Cokeplay: Mnet Battle Shinhwa. After this he auditioned to YG ent to become part of Big Bang with his dancing skills. Towards end of debuting documentary Big Bang the Beginning he was pitted against Hyunseung for last member spot in Big Bang and managed to win his place in group.

Later on: Retired from industry March 11 2019 due to his own accord

Joining in Big Bang: Hyunseung auditioned to YG ent in 2004 at age 15, he didn't pass the first audition, but due to frustration went to meet Yang Hyun-suk and ended up passing after it. Technically he was only part of Big Bang predebut and during their reality show Big Bang the Beginning, where he got eliminated from the group after losing to Seungri and left YG ent.


Flower Road was released as groups farewell gift to fans ahead to their long hiatus while members conclude their military services. It includes both promise to return and wish to fans to wait for Big Bang on flower road.

"this is not the end of us, I hope we'll meet again when the flowers are blooming" 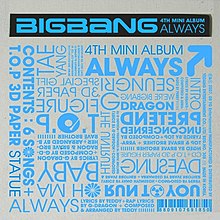 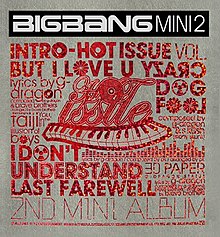 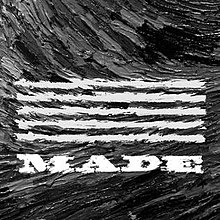 Reactions: Yumiz, bulletproof, Darkseid and 3 others 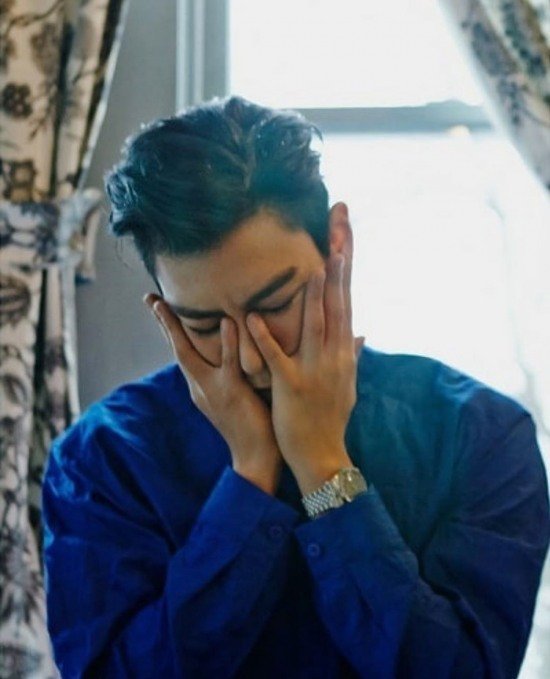 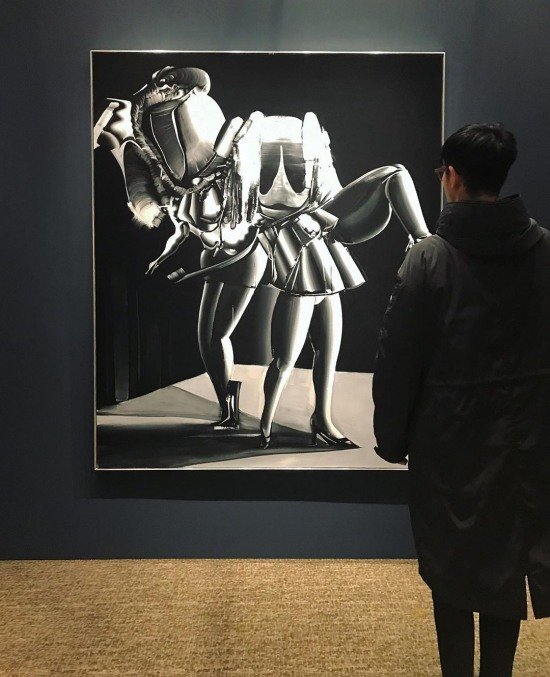 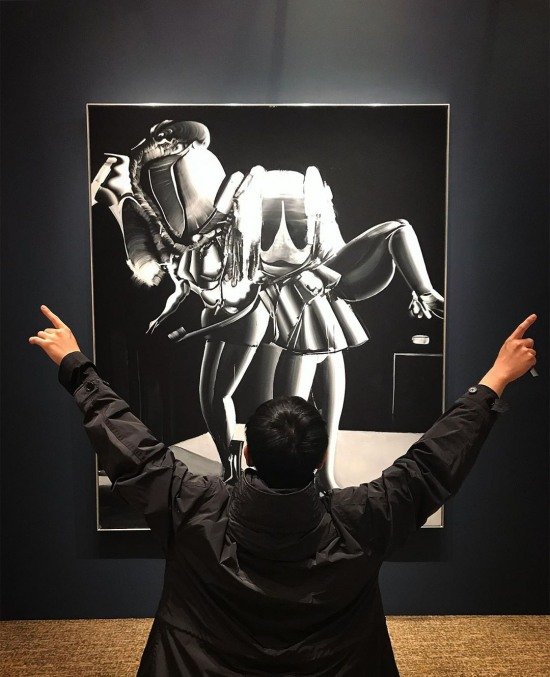 I haven't been updating this thread so:


Although his release is bit old news already, note that he said that other BB members will be released soon and they have talked together how they miss doing music. And that he will be back soon as true "G-Dragon". So i think there will be definitely more of his solo stuff and BB stuff coming. 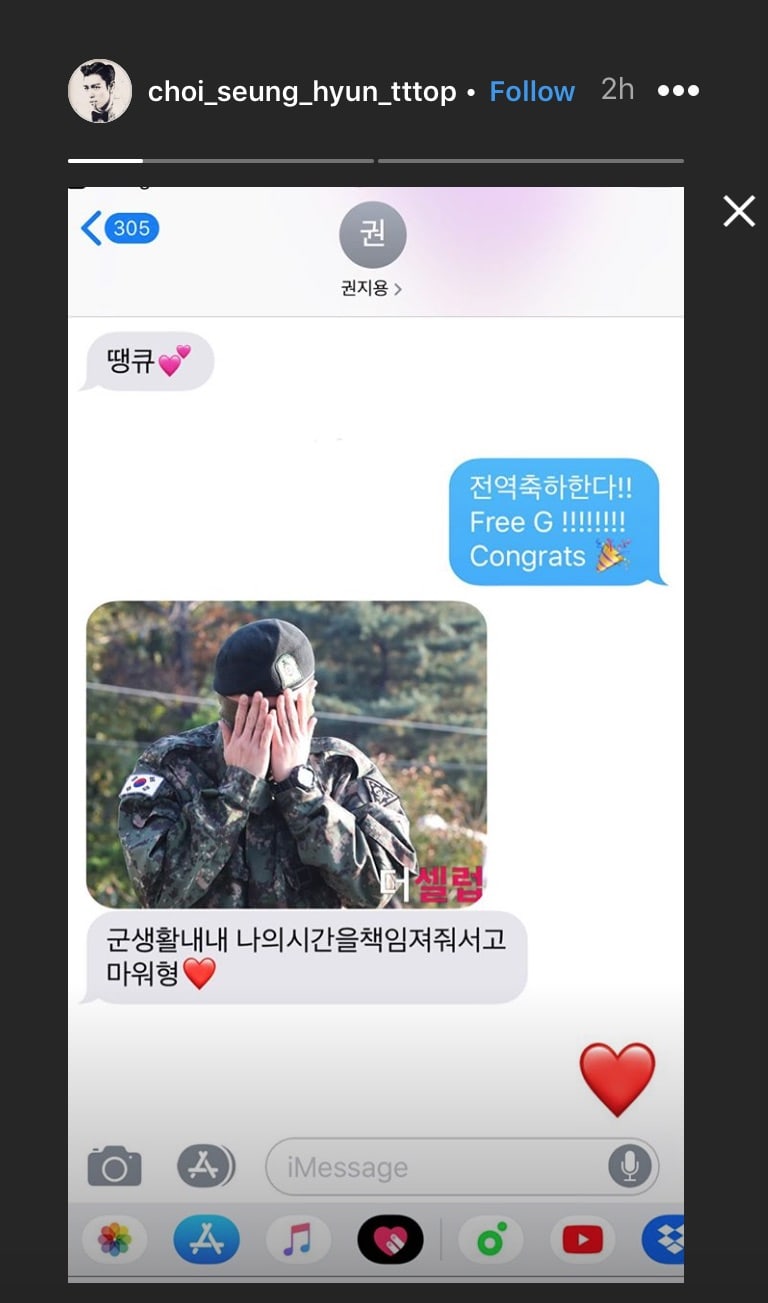 Welcome party with his family: 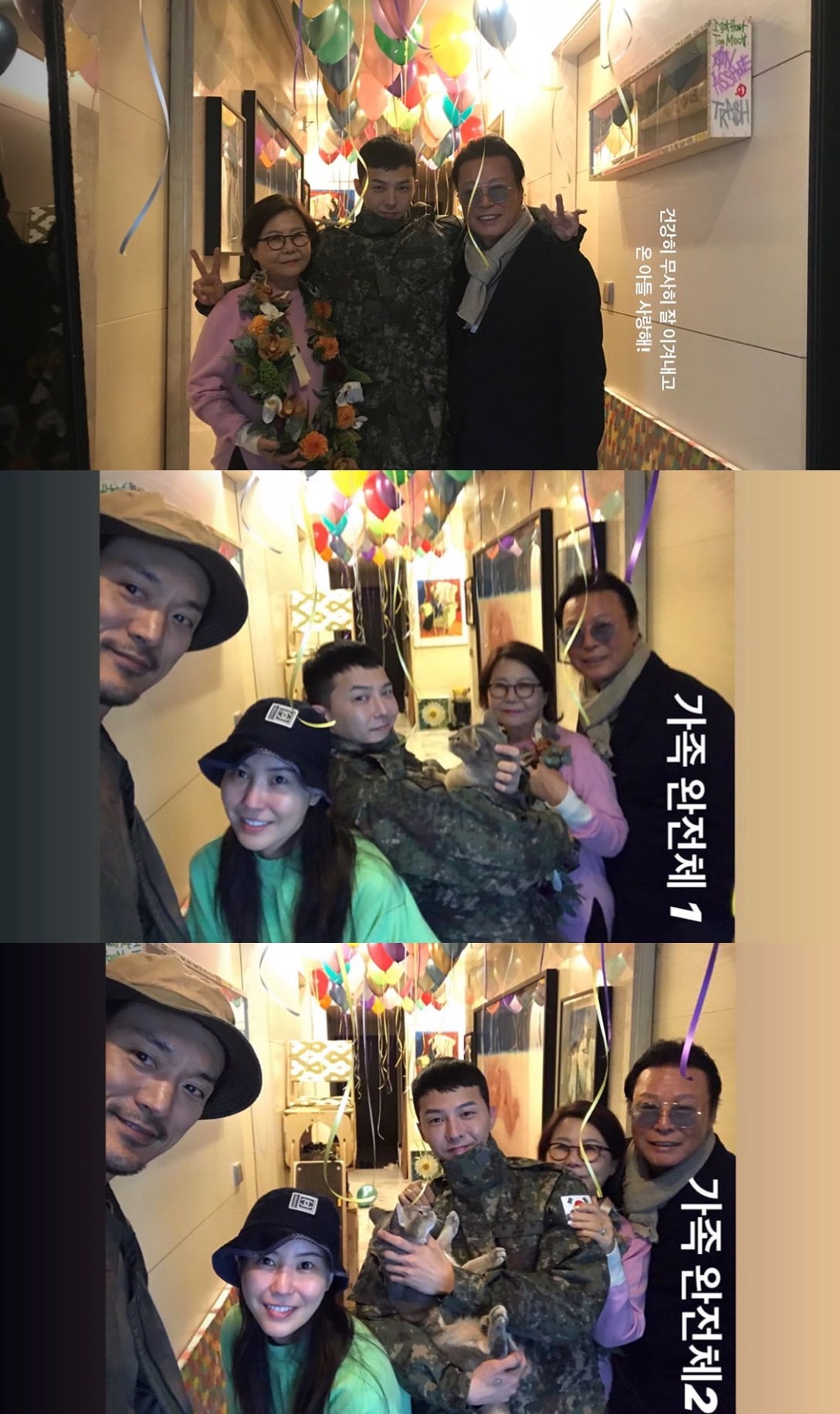 Taeyang and Daesung got released today

T.O.P instagram updates relating to his birthday that was in 4th November

We going to Coachella bitches
Also comeback in Q1

Reactions: blueberries
You must log in or register to reply here.