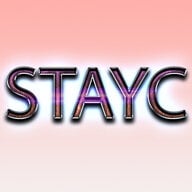 – She was born in Seoul, South Korea.
– Jisoo has an older brother and an older sister.
– She trained for 5 years (2011 July).
– Jisoo was the third member to be revealed.
– She can speak Korean, Chinese and Japanese.
– According to Jennie (V Live App), Jisoo doesn’t speak English (because she’s embarrassed to do it) but she can understand it very well.
– Jisoo’s Chinese zodiac sign is Dog.
– Jisoo can play the drums and the piano.
– She has a 4D personality. XD
– According to Jennie, Jisoo is the mood maker of the group.
– Jisoo was popular in her school for her beauty and kindness.
– Jisoo really likes Pikachu (she has a lot of Pikachu merchandise).
– Jisoo is a white belt in taekwondo.
– Jisoo was an Inkigayo MC (starting from Feb 5 2017 to Feb 3 2018).
– She had a cameo appearance on KBS’s ‘The Producers’.
– She acted in HISUHYUN’s ‘I’m Different’ MV.
– Jisoo acted in EPIK HIGH – ‘스포일러(SPOILER) + 헤픈엔딩(HAPPEN ENDING)’ M/V.
– She appeared in different CFs such as SAMSONITE RED CF with Lee Minho (2015), Nikon 1 J5 CF (2015), SMART UNIFORM CF with iKON (2015), Angel Stone CF (2015), SMART UNIFORM CF with iKON (2016), LG Stylus2 CF (2016).
– Regarding food, she can eat almost everything (except organs XD), but she especially likes rice.
– Jisoo has a dog named Dalgom.
– She is close friends with Twice’s Nayeon (since trainee days) and with Red Velvet’s Seulgi.
– Jisoo, Rose, and Lisa all prefer cute guys over sexy ones. (Blackpink Live Radio Interview)
– Jisoo said if she was a guy, she would date Rose because she would sing her songs. (AIIYL v-live comeback)
– Jisoo’s ideal type: “A nice guy who is especially more caring for me.”
Show more fun facts about Jisoo…

– She was born in Anyang, a city in the province of Gyeonggi, South Korea.
– Jennie lived in Auckland, New Zealand for 5 years. (“Knowing Brother”)
– She studied in New Zealand at ACG Parnell College.
– She doesn’t have any siblings.
– She trained for 5 years 11 months (2010 August).
– Jennie was the first member to be revealed (publicly).
– Jennie is known as ‘the YG princess’ in the group.
– One of her nicknames is “Human Gucci” due to the fact that she often wears expensive clothing from Gucci.
– She is fluent in Korean, Japanese, and English.
– Jennie’s Chinese zodiac sign is Pig.
– Jennie can play the piano and the flute.
– She acted in G-Dragon’s ‘That XX’ MV.
– She was featured in BIG BANG G-Dragon’s ‘Black’, Lee Hi’s ‘Special’ and BIG BANG Seungri’s ‘GG Be’.
– She really likes milk flavored ice cream.
– Her favorite foods are anything that is Korean food.
– Jennie said that her nickname when she was young was Jerry, because of Tom and Jerry, and Jerry sounded like Jennie, so that’s how she got it.
– She also has the nickname NiNi, she will call herself it all the time when posting on the Vapp or IG.
– She has 2 puppies, Kai and Kuma.
– Jennie ranked 18th on The 100 Most Beautiful Faces Of 2017
– She is close friends with Nayeon (Twice), Irene (Red Velvet), Yerin (GFriend), Chahee (Melody Day) and Lime (Hello Venus).
– Jennie prefers sexy guys over cute ones. (Blackpink Live Radio Interview)
– Jennie said if she was a guy, she would date Jisoo because she makes her laugh. (AIIYL v-live comeback)
– Jennie’s ideal type: someone who is a hard worker.
Show more fun facts about Jennie…

– She is Korean, but she was born in Auckland, New Zealand (according to Rose during V Line; and according to Rose during Radio star), and raised in Melbourne, Box Hill (Australia), where she attended Canterbury Girls Secondary College.
– She has an older sister, named Alice.
– She moved to Korea back in 2012. (according to Rose during Weekly Idol)
– Rosé was the last member to be revealed.
– Rosé placed first in YG auditions in Australia.
– She can speak Korean, English, Japanese.
– Her Chinese zodiac sign is Ox.
– She trained for 4 years 2 months (2012 May).
– Pre-debut, Rosé used to be a cheerleader in Australia.
– She’s known for her unique voice and slim waist. Her stylist said that her pants size is 24 (size 0) and her waist is less than 24 inches (60.96 cm) wide.
– She collaborated with G-Dragon for the song ‘Without You’.
– She can play the piano and the guitar.
– Rosé is left-handed (according to Jisoo during Channel+ Vapp)
– She really likes Kimchi stew.
– Rosé doesn’t like jokbal.
– Her hobbies are playing guitar, drawing, and riding the bicycle.
– Rosé prefers to be called by her real name.
– Rosé appeared on the King Of Masked Singer and passed the first round, but unfortunately she couldn’t pass the second round. She was really close, the votes were 50-49 but sadly she couldn’t make it.
– Chaeyoung (Rosé) is close to Twice’s Chaeyoung and Tzuyu, with Red Velvet’s Joy and Yeri, and with Ladies Code‘s Ashley Choi.
– Rose, Jisoo, and Lisa all prefer cute guys over sexy ones. (Blackpink Live Radio Interview)
– Rose said if she was a guy, she would date Jennie because she can cook well. (AIIYL v-live comeback)
– Rose’s ideal type: Someone nice and genuine, with a good/ unique voice. She said there are many sunbaenims with great voices, but among them, Big Bang stand out.
Show more fun facts about Rose…

– Lisa was born in Bangkok, Thailand.
– Lisa is an only child, according to SBS Cultwo Show (July 6 2017).
– Lisa had a stepfather whose a top certified Swiss chef in Thailand. Her stepfather’s name is Marco Brueschweiler.
– Formerly, her name was Pranpriya and her friends called her by the nickname Pockpack. It was changed to Lalisa after a fortune telling. (Lalisa means the one who is praised.)
– She was the only person accepted to YG in the YG Audition in Thailand 2010.
– She’s childhood friends with GOT7′s BamBam as they were both part of the dance crew We Zaa Cool.
– She trained for 5 years 3 months (2011 April).
– She became a trainee during middle school and lived in Korea since.
– Lisa was the second member to be revealed.
– She can speak Korean, English, Japanese, Thai.
– Her Chinese zodiac sign is Ox.
– She acted in NONA9ON CF (2014, 2015, 2016 amd 2017)
– She appeared in BIG BANG Taeyang’s ‘Ringa Linga’ MV.
– Lisa is referred to as the “Thailand Princess” in her birthplace.
– Members said she’s really playful and mischievous off stage.
– She was voted as the best at aegyo in Blackpink by all members.
– Her favorite food are French fries.
– Lisa loves make-up a lot (revealed on Get It Beauty).
– Lisa plays Ukulele.
– Her Korean favorite dish is Gamjatang (spicy pork spine soup).
– Lisa ranked 15th on The 100 Most Beautiful Faces Of 2017
– Lisa’s friends with GOT7’s BamBam, CLC’s Sorn, NCT’s Ten and (G)I-DLE’s Minnie.
– Lisa, Jisoo, and Rose, all prefer cute guys over sexy ones. (Blackpink Live Radio Interview)
– Lisa said if she was a guy, she would date Jennie because she’s sexy. (AIIYL v-live comeback)
– Lisa’s ideal type: She said she likes older guys, who can take good care of her. Also she likes kindhearted men, who can cook and who have a lifestyle that fits hers.
Show more fun facts about Lisa… 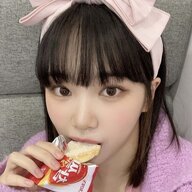 I was bored and made this

jasque said:
I was bored and made this

I need more of this art
Expand signature

Interesting how many peope are actually ot4
Reactions: YouNiceKeepGoin, Wooyoungie, Skinnny and 4 others

thatb2tch said:
Interesting how many peope are actually ot4
Click to expand...

I do like jennie, but im OT4
Expand signature


Marvel may have thought that Avengers: Infinity War was the most ambitious crossover of all time, but Dua Lipa has just trumped that.

The New Rules singer has given pop fans a reason to rejoice after confirming she has collaborated with one of K-pop’s hottest girlbands.

A collaboration between Dua Lipa and BLACKPINK will appear on the deluxe version of Dua’s self-titled album.

The 23-year-old shared a picture of the deluxe version’s tracklisting, which featured the song Kiss And Make Up (Dua Lipa and BLACKPINK) on disc two.


Dua tweeted: ‘So excited to release a super deluxe edition of my album on October 19th with 3 NEW SONGS!! Think of this as a little gift to wrap up this album cycle! 🎁 Thank you for all the love and support.’

And while her fans were obviously super excited about all the new music, it was BLACKPINK fans – aka the BLINKS – who were celebrating the most.

Rumours had been circulating for weeks that the artists has collaborated, while back in May, BLACKPINK members Jennie and Lisa went to see Dua perform in Seoul, South Korea.

BLACKPINK IS THE REVOLUTION​
Reactions: YouNiceKeepGoin, Wooyoungie, dooh and 2 others
A

Little worried about how this will turn out. Their styles are vastly different, and I do hope BP is not doing this solely for the western fame.
Reactions: YouNiceKeepGoin, Wooyoungie, dooh and 1 other person

Rolex said:
I need more of this art
Click to expand...

I was lazy to finish this, but finally gathered the courage
Reactions: YouNiceKeepGoin, xdreamsandflames, Wooyoungie and 7 others

BLACKPINK, new endorsers for GUESS. Wow:love: I can turn gay because of them


​
Expand signature
Too many stars, too many dreams

Wow o_O i don’t know from where is this, but... i question my orientations again​
Expand signature
Too many stars, too many dreams

bulletproof said:
Wow o_O i don’t know from where is this, but... i question my orientations again​
Click to expand...

BLACKPINK IS THE REVOLUTION​
Reactions: YouNiceKeepGoin, Wooyoungie, dooh and 3 others

Are you ok dear?
Expand signature
Too many stars, too many dreams 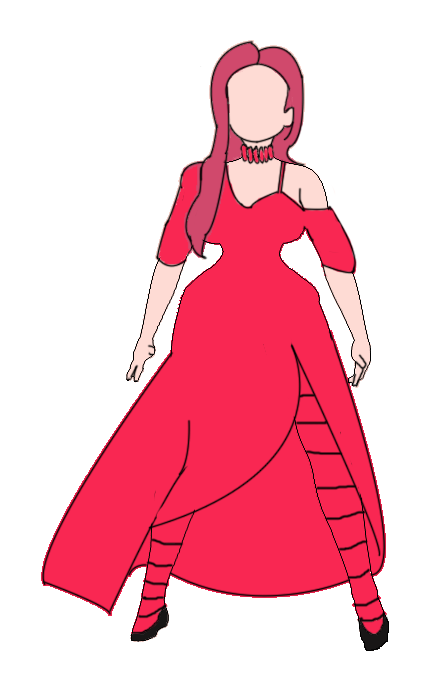 Linky said:
Found my home, once again
Click to expand...

BLACKPINK IS THE REVOLUTION​
Reactions: YouNiceKeepGoin, Wooyoungie, dooh and 2 others Signature made by @Panda​
Reactions: YouNiceKeepGoin, Wooyoungie, dooh and 3 others

Signature made by @Panda​
Reactions: YouNiceKeepGoin, Wooyoungie, Skinnny and 4 others
You must log in or register to reply here.