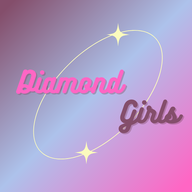 I've decided to scrap Rescue Me... and post another one I've been working on!

“Have a good evening, guys!” my algebra teacher, Mr. Lloyd, called after us as the dismissal bell rang. “Remember to study for the quiz on Monday!”

I followed the other students out of the room and went to my locker, where my boyfriend Josh was waiting for me. He’s also the father of our unborn daughter, Audrina, with whom I’m 26 weeks pregnant. We kissed each other on the cheek before chatting.

“So, I was thinking about going on another date,” Josh began. “I’m busy this weekend, but what do you say I pick you up next Saturday for dinner at the new Mediterranean place?”

Josh was referring to a new restaurant that’s just opened in town. I’d wanted to try it out ever since they started building it.

“Sure!” I agreed. “I’ve actually been meaning to check that out. Saturday night sounds awesome.”

“Then it’s a date! I’ll pick you up at six, and I’d tell you to wear something sexy, but you’re already pregnant.”

I laughed and playfully nudged Josh away. “You’re such a dork. I’ll be looking forward to it.”

When I got home, I was greeted at the door by my dog Stormy, who is two years old and the perfect mix of yellow Lab and Australian shepherd. I’d gotten her as a housewarming gift from my foster parents, who took me in after my twin sister Becca and I were rescued from our alcoholic dad.

“Hi, baby!” I greeted back, scratching her behind the ears. “Do you want to go to the park?”

Every Friday, I take Stormy to the dog park and play with her there to get her energy out. On other days, I just take her around the block a few times.

“Ruff!” Stormy barked as an affirmative.

I took Stormy’s leash off the coat hanger, to which Stormy barked again and wagged her tail.

Stormy obeyed this and the “stay” command, after which I praised her and hooked leash to collar.

Stormy and I spent the next hour at the park, and by the time we got home, Katrina had returned from work.

“Hey, Liv,” she greeted as I let Stormy off her leash and put my books down. “How was your day?”

“It was good,” I said. “I’m totally ready for the weekend, though.”

Katrina laughed. “I don’t blame you one bit! Can we talk for a second?”

“Okay,” I said hesitantly as I joined her on the couch. Adam was working on his laptop in the easy chair adjacent to the couch.

“I got a call from your caseworker today,” Adam began, “and she says your birth father is ready to take you back.”

My jaw dropped at the very idea of my dad suddenly giving a fuck about me. We hadn’t been in contact in over two years.

“Are you sure?” I asked. “Last I checked, Dad was a raging alcoholic and didn’t want anything to do with me.”

“According to Pam, he’s all sobered up now,” Katrina said. “He lives in California now with his new wife and step-kids. Wouldn’t you like to see him again, Olivia?”

“But…” I said, struggling to find words. “No. I am absolutely NOT going back to a man who used to neglect me all the time.”

“Well… okay, then,” Adam said. “I guess I’ll just call Pam back and tell her you’re not interested… but your dad will be quite disappointed when he hears this.”

“Yep! So, who would you rather stay with – us or your own family?”

“Well, if Dad really wants me back, I guess I’ll go back!”

The following Monday, I told everybody at school about my moving to California. I wasn’t quite ready to tell Josh yet because I was afraid of how he’d react, so I was relieved when I didn’t see him first thing.

“Why California?” my friend Dani asked. “That’s like a thousand miles away!”

“That’s where my dad lives now,” I said. “Katrina told me on Friday that he wants me back, so that’s where I’m going.”

“Well, I’m jealous! I hear their beaches are gorgeous. I take it you’re moving to a beach city?”

“Yep – San Clemente. But there’s one big problem – what do I do about Josh? It’s not like I can just break up with him; I’m having his baby, for Christ’s sake!”

“Aw, he’ll understand! Just be upfront about it and don’t string him along. It’s also best if you tell him right away, because if he does get angry, he won’t be as pissed as if you’d dumped him at the last minute.”

“Did I just hear ‘California’, ‘moving’, and ‘break up’ in the same conversation?” I suddenly heard Josh ask suspiciously.

I felt a lump in my throat as I turned to look at him. “Um…” I croaked.

“Just say it!” Megan whispered in my ear.

I sighed. “I think we need to break up,” I said. “I’m moving to California, and I don’t know how well we’ll handle the distance. I’m sorry.”

“Liv, come here.” Josh wrapped his arms around me. “It’s going to be okay; just because you’re moving away, doesn’t mean we can’t call and text each other.”

“That’s true… but it just won’t be the same; I say we break up and just be friends.”

“Well… if that’s what you really want, I’m cool with it.

I shrugged. “Whenever Dad’s ready for me to move in, I guess. I’m moving to San Clemente, which is south of LA.”