show me some legit shit and evidence
​
Expand signature

S.I.N.G
Expand signature
I stan mainly NEO JAPONISM and MIGMA SHELTER but I am open about anyone

SHlNEE said:
i copy google that
i get to see an animated pig movie
Click to expand...

soloists could do?
Expand signature
artwork of my profile pic: credit

tfboys is a wall that will probably never get surpassed: they started super young and hit it big then, they're the only popular group with gp, household name at this point, all members are mega successful, I think they're at 200M on weibo? don't really care for them but their presence is undeniable
ninepercent: a wall behind tfboys but they did well in their heavily mismanaged run, most members are mega successful soloists rn, they can trend for having 3 members interact after 2 years into disbandment, still a league ahead of other cpop groups
the9: mainly because of the qcyn2 hype that hasn't died down too much, they're pretty much on par with ytsn rn, but they have more members popular with the gp, and the top3 do really well on relevant weibo lists, xjq and ysx are making names for themselves in acting, liu yuxin is like the new it girl
r1se: don't know much about them but liu ye hot, they seem to be doing ok? got hit with a couple scandals but they seem fine, if anything renhao's cheating scandal got him more popular lmao, less popular than the9 with gp I think but their fanbase is a lot more efficient iirc
bonbon girls aka ytsn: I feel like they're going to have a better run as a group than the9, but they're going to die off as soloists like hjsn, I can see czx do well solo though
rocket girls aka hjsn: were mega popular when they were a thing, but now basically all of them flopped after disbandment, ycy is doing well in acting ig, and ironically enough aojuan seems to the most successful musically
snh48: they keep almost getting bankrupt but somehow keep surviving, the cockroaches of cpop (really have been there before the idol industry boom), kiku kiki akira seem to be doing well after leaving, pioneered the practice of selling cps (shipping) which is so prevalent in chinese fan culture, flops but relevant flops nonetheless
sing: created the guzhuang (traditional chinese) music and styling boom in the idol industry, but the members kind of flop as individuals and aren't well known to gp
nugus: basically all your other cpop groups, sorry guys
**assuming we're talking about recent idol groups and not including the likes of she etc
Last edited: 25 January 2021
Expand signature
˗ˏˋ ÆSPA ♡ KIKI ♡ NINGNING ♡ GAO CHONG ˎˊ˗
♡ KARINA ♡ ZHOU KEYU ♡ YIYANG ♡ 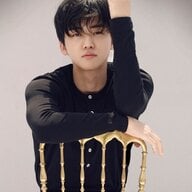 hard to say as alot disbanded
ninepercent have disbanded
etc


edit: but if you mean outside of china it obv wayv due to other groups dont promote outside of china
Last edited: 25 January 2021
Expand signature
✩★Male/Boy NCTZEN★✩
Feel free to disagree with me i LOVE a Different view on things :D​
Reactions: SHlNEE and QueenB 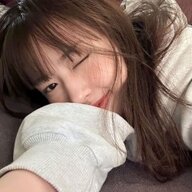 ^^ i'm not sure if wayv is considered a cpop group tbh
Click to expand...

they're in an odd place, kind of like exo-m back in the day in most regard imo
Expand signature
˗ˏˋ ÆSPA ♡ KIKI ♡ NINGNING ♡ GAO CHONG ˎˊ˗
♡ KARINA ♡ ZHOU KEYU ♡ YIYANG ♡

Here's my list:
Tfboys followed by Nex7 or Next.
Teens In Times ( TNT )
Nine Percent.

For Girl groups: The9.
S.I.N.G
7Senses.
Expand signature
"Just Karry On, In Love we Join Yizhi zai Don't say Goodbye For You, For you, All because of You, You..."

​
Reactions: SHlNEE
You must log in or register to reply here.