Try To Make Yourself A Work Of Art

Location
A Singularity in the 3C 75 Black Hole System

Enka is a form of Japanese music that resembles traditional Japanese music stylistically.
It is based on the "minor scale without four & seven" which is a modified version of the "major scale without four & seven".
It is further based on the pentatonic scale, & archetypal enka singers employ a style of melisma—where a single syllable of text is sung while moving between several different notes in succession—known as kobushi.
The melodies of enka are fundamentally Western harmonies, and electronic instruments are used, such as synthesizers and electric lead guitar with plenty of distortion, but its musical instruments also include traditional Japanese instruments such as the shakuhachi and the shamisen.

Best hours for listening to the genre : Emotional release hours. 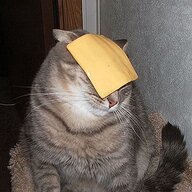 Location
in the rain

brings old ww2 movies to mind.
the 3rd and 5th offerings do that is.
almost springtimeesque as well
Expand signature
​
Reactions: la_mort_pour_vous and Skinnny
You must log in or register to reply here.