okay but seeun ate with this hair (1 Viewer) 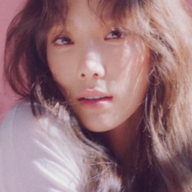 seeun literally looks so good with the princess hime/hime cute/princess cut haircut (it's usually called the hime cut, or princess cut, but i just combine the two since they mean the same haircut)

if you dont know what the princess hime haircut is, it's essentially a haircut where the portion of hair that sits in front of your ears is cropped just above or below your ears to frame your face, and the rest is usually pretty long. it's mainly popular in Japan, where it originated from during the Heian period. it's a very nice haircut, probably one of my favorite haircuts ever. some idols you might recognize who've had it would be Momo of TWICE during Fancy era, Irene of Red Velvet during Power Up era, Yuju of Gfriend, Hyeri of Girls Day, Taeyeon had it at one point, and Sulli had it as well.

anyways she looks stunning with it I love hime-haircuts and i'm glad to see them more in kpop.