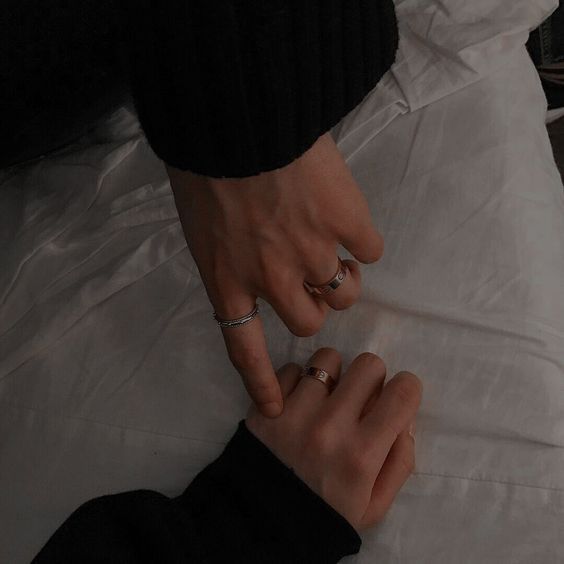 
​
As Jungkook was checking himself in the mirror that was in their bathroom, He could see Taehyung peeking in from behind. " Baby ? Are you ready ? " he asked, out of the blue. The younger male placed the comb down as soon as he spun his body around to get a better glimpse at the older. " Ready ? For what ? "

" I thought you agreed to come and hang out two days ago. " Taehyung says leaning against the wall, while he crosses his arms. " Tae I'm not sure if my boyfriend will agree with this type of idea. " Then he continued " Besides don't you think it's a little late for a little trip like that ? "

The older came closer to Jungkook, his arms snaking around his waist. " For me I don't think so and- " he placed his thumb to the younger's cheek, tracing it down like a tear. " What type of boyfriend is your guy ? A pathetic one, I suppose ? " Then he scoffed, feeling Jungkook's unfair treatment he receives from his boyfriend. " Why ? Because you're literally going ask permission from an asshole like him just to hang out with me ? Pfft I find that Stupid. If I were your guy, I would let you do as you please but it doesn't mean I won't care about anything you do."

" Hyung, I don't think it's because of that. He's just strict and too overprotective of me which is why I sure he behaves that way " Jungkook defended as he pushed the older's hand away from his face. The younger male walks out of the bathroom with Taehyung following him " So.. Where is ? "

As they reached Jungkook's room. Taehyung stops by the corner of the doorway "I'll wait here. Ask that moron and let's see what he says " Jungkook nodes before entering his room. As he peeked for a small view. His boyfriend was sitting on their bed, as if he were waiting for someone. " Jimin ? " the younger called, Jimin turned around with furrowed brows " Where the hell were you ? "

By the hint of his tone, seemed annoyed and as if fire is set to blast out in any second. " I was in the bathroom." Then he takes a deep breath, trying to rephrase everything in his mind he could say before talking out his actual words " By the way, Is it okay if I hang out with a friend right now ? "

By the sound of that Jimin flinched then his sharp eyes darting Jungkook, " What ? " he asked once more before he could settle up his mind of saying an answer. " Is it okay with you that if I could go out with a friend ? "

With no hesitation, He shook his head " No. It's freaking late and you want to hang out ? Absolutely not. " he said firmly. " Wh- " Jimin sighed annoyed " I had everything planned out for today and you want to ruin it by the mention of some other annoying bastard ? Well If you think that's going to work, It won't. Why ? I'll ruin your plans as well, let's see if you like that.. "

Jungkook raised a brow " Ruin ? It's only for a small while.. " The older got up, walking towards where Jungkook had stood. "Oh don't worry about it, We'll switch that up with something else, Shall we ? Hm ? " The older finally reached the younger, Their bodies colliding. He pinned him to the wall where there was no escape for Jungkook.

Jimin smirked as he saw his reaction " Perfect. I wanted to do something nice for us but you insisted... " Jimin began to suck onto Jungkook neck where Jungkook tried push him off but he knows that he'll worse the punishment Jimin set up for him.

Said a voice from another direction. They both looked up to there that voice came from and saw if came from no one other than Taehyung.