September 2019 has been a slower, scarcer month for K-pop and K-music with the advent of not-so-fall-themed releases. Although the tropical house genre has been left behind, several songs still carry a bit of energy from the summer, while other artists have changed their sound with the shifting of seasons.

We at KPopSource have cherry-picked for you only the best that September has to offer as summer recedes, leaves fall, and autumn arrives.

Dreamcatcher may have released one of their best title tracks yet. It not only showcases their dancing skills but also their ability to evoke emotion in every line—be it Siyeon’s powerful vocals, Handong’s sweet singing, or Dami’s low-pitched soft voice—which makes the song so pleasing to listen to.

At first, “Deja Vu” is reminiscent of a ballad, but as soon as the build-up starts you know that Dreamcatcher have an epic chorus prepared.

Different, but still Dreamcatcher, which has worked amazingly for them so far. —Dennis

Hoody’s first comeback of 2019 has a darker edge that is unlike her previous works, yet it still retains the qualities that make her music so immersive. “Miro” opens with a dark, pulsating synth and adds layers of percussion for a gradual build-up, leaving room for the singer to fill the otherwise sparse track. With her floaty, slightly autotuned vocals and lyrics full of longing, Hoody paints an atmosphere of coldness and isolation as if left alone in a ‘maze’ (miro in English).

This single, though tantalizingly short, is fitting for the chilly autumn days and leaves us in anticipation of a new album from the R&B singer. —Miri

VIXX blew Starlights away with their recent retro-influenced single “Parallel.” What makes this song so fascinating to listen to is the filter effect on the members’ voices during certain points in the song that produces a sort of ‘drowning’ sound, possibly alluding to the feeling of being away from their partner (or their fellow group members) in a parallel universe. Ravi’s deep voice during short rap bursts provides excellent variance with the higher-pitched vocals, especially during the chorus.

Akdong Musician have made a long-overdue comeback with Lee Chanhyuk’s return from military enlistment. Despite a two-year hiatus, they quickly jumped back into the recording studio and unveiled a studio album, no less. Sailing is a loosely themed album tied together by all the emotions of tumultuous waves and melancholy waters.

A standout from the album, “Whale” has a peaceful, stately feel with sumptuous guitar plucks, clapping percussion, and synthesized whistling—certainly not any new elements, but they blend satisfyingly with AKMU’s hushed vocals. There is occasionally a deep echo sound that makes the listener feel as if they are within the depths of the ocean. Lyrically, AKMU display an admiration yet also a sense of envy as they pay respect to whales and almost yearn to be like them.

This track is strong in its own right, but it is even better taken as a part of a cohesive work like Sailing. —Potato & Miri


Call Me Before You Sleep (Jessica) Jessica’s music is laid-back, cozy, warm, and dripping with affection, and her newest release with Giriboy is no different. “Call Me Before You Sleep” is born of simple snug R&B chords and promotes a loving intimacy.

In the track, she asks her lover to talk all night with her, a request filled with remnants of innocent love. Jessica’s saccharine voice glides on the silky instrumental co-produced by AOMG’s Cha Cha Malone, while Giriboy’s sung-talked verses slice through all the sweetness providing an aftertaste of a love returned. It is a calming listen suited for comfy cafés worldwide, which makes it such a perfect song for the autumn season. —Mortie

Gaho returns with another chill electro-R&B number which has become a part of his signature style. The clicking synths, Gaho’s whimsical melismatic falsetto, and the ever-flavourful melodic line paint a rosy underground aesthetic picture with a certain à la mode vogue vibe. The track is a prime example of Gaho’s marketable artistry and is a glorious return for him.

“Pink Walk” is a fine tune deserving of becoming one of KPopSource’s Songs of September. —Mortie

Samuel Seo makes a daring return with “Jungle Riot,” a jazz-infused R&B track that is, as the title suggests, as frenzied and lawless as a jungle.

Accentuated by bold splashes of saxophone, Samuel Seo confidently navigates the track as he declares, “Welcome to the jungle!” backed by a chorus of additional voices, an unexpected development from the more languid verses. There are subtle details in the production that intrigue and add a depth to his music, all leading to a funky and energetic bridge to finish the song. —Miri


Let Me Hear You Say (Seventeen)

It has been wonderful seeing Seventeen evolve and mature with each successive comeback, and their latest album, An Ode, is no exception. For such a large and diverse group, Seventeen manages to balance all of the members well, with each adding their own color.

“Let Me Hear You Say” is a song that evokes nostalgia. The synth-driven track’s instrumentals offer a comforting familiarity that can’t quite be placed, but is thoroughly enjoyable. Lyrically this track is an ode (true to the album title) to finding inspiration and devotion in someone amid self-doubt and struggle, much like fighting the chill in the air as the seasons change.

Many people judge Seventeen merely by their title tracks, but the b-sides truly bring to light the unique qualities of the group. We hope this is yet another rung on their ladder of growth. —Jess

ONEUS are one of the most promising rookies in the world of K-Pop, and that position is only solidified by their third release this year. In “Lit,” the title track of Fly with Us, ONEUS provide the listener with a brighter, quirkier sound than their earlier comebacks with “Valkyrie” and “Twilight.”

“Day Off,” a side-track from Bolbbalgan4’s mini-album Two Five, adheres to their signature sound—guitar-backed acoustic pop—though it is more of a slow-paced ballad than their lively singles. The lyrics throughout the album have central themes of work, time, love, and growth, as the girls reveal their perspective through the eyes of youths.

In the title track aptly named “Workaholic,” the duo lament about the tediousness of ‘everyday working’ at their job, practically to the point of being overworked. “Day Off” is a thematic follow-up that comes at the end of the album: Bolbbalgan4 decide to take a much needed break by deferring their appointments in order to enjoy a beautiful day. —Jen & Miri

Monsta X have been incredibly busy this year, and September saw the release of “Love U,” the group’s fourth English track. Some may feel apprehensive about a K-pop group recording songs in English, but Monsta X have put in the effort, and it shows.

The bubbly, minimalistic instrumentals are carefully crafted to place focus on the vocals, and do they ever: each member’s vocals are clear and distinct, expertly layered to make one well-rounded track. Rapper I.M showcases his impressive versatility with his singing skills, while Hyungwon, the member fans lament is often shorted in lines, is also a stand out with his soft, comforting tone.

Much like Monsta X themselves, this song highlights duality: a bright, summery sound with a barely veiled innuendo, the perfect blend of sugar and spice. —Jess

Thanks to all the writers and editors:
@AlliAlligator @goyo @Reo @potato @la_mort_pour_vous @Rainbow

🌈happy pride ❧@bulletproof is the noora to my eva

Expand signature
『all you need is your own imagination』 madonna - vogue

Darjeeling said:
this article is beautiful gj everyone
Click to expand...

Thank you so much 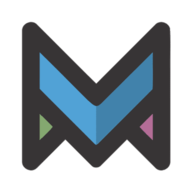 all the best
Expand signature
Matikiri
Reactions: Bae Joo-hyun, umpheri, Skinnny and 1 other person
You must log in or register to reply here.