What's the most disturbing dream you've had? (1 Viewer)

For mine, it would be the dream where there was a device that was basically a bunch of rock blocks that would move up and down, and I wanted to kill myself so i went into it. I didn't die but I was physically very injured, and I started crying because I was still alive.
Don't know if thats the most disturbing one but it's not good
Expand signature

Signature by @Yili​
Reactions: mysteric, kinnie, Yili and 3 others

Also the most disturbing? Uh-hm the only one I can think of that kind of spooked me was when I was running through my house to get away from my family that had turned into these weird creatures and anytime I hid, something in the area also morphed into a monster. So I could never get away.
Expand signature

Beautiful sig thanks to @Yili ​
Reactions: kinnie, Mangoey, Anju and 1 other person

Lovely_Cornchips said:
Bruh are you ok???

Also the most disturbing? Uh-hm the only one I can think of that kind of spooked me was when I was running through my house to get away from my family that had turned into these weird creatures and anytime I hid, something in the area also morphed into a monster. So I could never get away.
Click to expand...

Yeah this dream was a long time ago
Expand signature

Vikki said:
Yeah this dream was a long time ago
Click to expand...

I think mine was a from a couple years ago but it scared the shit out of me.
Expand signature

Beautiful sig thanks to @Yili ​
Reactions: Mangoey, Anju and Vikki 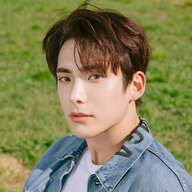 There's always this recurring one where I am in front of a school with some others and it's like at war and we're all fighting the teachers with weapons and it gets really graphic at points and then somehow it always jumps forward where we're slowly getting into the building with just more death and blood it never gets resolve too, it always suddenly ends when we're close to conquering it
Reactions: kinnie, Mangoey and Vikki

Someone I knew had 9. Newborn. Babies.
Expand signature
"So darling, take a leap of faith. You are stronger than you imagine."
TVXQ! | Shinhwa | AKMU | LOOΠΔ | Dreamcatcher | VIXX | 2PM | OnlyOneOf | Zion.T

This isn't really disturbing but the only one I can think of right now is the time I dreamed I was flying with two pieces of paper and I looked super dumb doing it. Sort of like how Remy from Ratatouille did when he was running from the chef.
Expand signature

there is this one episode of spongebob where he misses the bus multiple times in a completely unknown place and my most disturbing dream was similar to that i was coming back from school with a friend (what's weird is that the school we were walking out of was not the one we attended at that time - that school was for 6-12 year old kids and i was obviously much older at the time when the dream happened) and it was already dark outside because the classes were long and we were waiting for the bus when i realised i lost my phone and when i went to search for it, a bus arrived and my friend left. as i was waiting for the bus alone, first it started heavily raining, then a small store near the bus stop exploded, then i heard my ringtone coming from somewhere so i walked quickly to that place and found my phone, then i realised i missed another bus but didn't return to the bus stop because it caught on fire even if it wasn't spreading. then i heard someone screaming all letters of the alphabet, they got to the letter F when another bus came and i wanted to get on it but it was going towards me and was about to run me over when i woke up that happened over two years ago but it still feels weird to think about
Expand signature
✮ LOONA ✮ WJSN ✮ MAMAMOO ✮ Brave Girls ✮ TWICE ✮ Chungha ✮ ATEEZ ✮ EVERGLOW ✮ Taeyeon ✮ STAYC ✮

dreaming i j oined an acting class in uni but all they did was say my acting was horrible and that i should just quit but i couldn't actually q uit the class. funny bc i actually took acting class in uni but they were always very supportive of me
Expand signature
Don’t give up, don’t hide, go toward the light , don’t lose to the world, don’t lose, cuz I’m gonna shine for you
youngjae chungha han hendery yangyang chaeryeong dean woodz wooseok demian taemin kang daniel taeyeon sunmi jessi

Mine is too disturbing to write about. It makes me sick just thinking about it.
Expand signature
Take me as I am.
┈┈┈┈┈┈┈┈┈┈┈┈┈

kinnie said:
Mine is too disturbing to write about. It makes me sick just thinking about it.
Click to expand...

I've had a reoccurring dream of Mr Unkillable. Some creep Marilyn Manson looking dude that only exists to murder me
Expand signature
❁I found my wings, born again like the sun that awakens the darkness, higher and farther, with my wings, I’ll fly,❁